Windows ME remains arguably Microsoft’s worst operating system release. If you were wondering why the OS received enormous criticism and hatred, you have come to the right place. In this article we would explore the story of what could well be the most hated Windows version of all time.

Microsoft developed this graphical operating system and released it in the year 2000. This year marked the turn of the millennium and the grand entrance of an indelible mistake in the form of an operating system developed by one of the world’s greatest in the industry. The story of this OS becomes even more interesting when one recalls that Microsoft had earlier pledged not to release any more versions of Windows 9x. However, what followed was that Microsoft reneged on it’s initial decision and went ahead to release Windows Millennium Edition.

From Millennium to Mistake

Considering how the OS turned out, many resorted to calling it “Mistake Edition”. It was indeed a mistake by Microsoft to have followed up the world-changing Windows 95 and Windows 98 with this ill-fated edition. A task as simple as installing the operating system turned out to be a nightmare that never ended for many.

There were widespread reports of people doing the installation multiple times without success. The operating system was just fraught with all kinds of bugs here and there. Surely Microsoft will do anything to have the memory of this disaster wiped forever (pun intended). At a time in history when personal computers and their influx into the market was changing the world forever, this operating system, that could torture even the most patient and enduring human, entered the scene and left disastrous prints in the sands of time.

Some had joked that all it took to make the operating system crumble was just a little breeze. Let’s explore a few details about it.

Development and Release of Windows ME

As stated earlier, this operating system was initially not in the plan for development and release by Microsoft. It was developed by a small team as an interim or stopgap product and quickly release without rigorous testing. It was released with the aim of giving consumers a foretaste of Windows 2000 while they waited for the release of the latter.

To be fair, when the operating system initially hit the market, the general reviews and feedbacks were somewhat positive. It boasted many new features which earned praise from majority of the people. But as expected from a product that was rushed to market, it did not take long before performance issues led to heavy criticisms.

The fast aging Windows 9x kernel and it’s memory management was one of the main reasons the Windows ME received such huge criticism. It worked in such a way that both the 16-bit and 32-bit apps ran side by side on one memory layer. The implication of this was that if and when one process crashed on either the 16-bit or 32-bit, all other processes in that same layer also crashed.

Reports of peripheral devices persistently refusing to work were also commonplace with the OS. As simple as it is to install a printer, one could spend a whole day without getting this done.

An even worse outcome or feature of the OS was the notorious Blue Screen of Death. The infamous and deadly BSoD became popularized by this operating system. This was not peculiar to only Windows ME as both Windows 95 and 98 suffered from the undesirable crash screen. However, the frequency and severity of BSoD in this OS was astronomical with many of the PCs never recovering afterwards.

Some Favourable Reviews of Windows ME

In spite of the heavy criticisms and negative feedbacks, the OS still had some good and favourable reviews as well. Many users reported that, in some aspects, Windows Millennium Edition was indeed an improvement on Windows 98. Some reviewers also mentioned how fast the OS ran. It received a rating of four out of five by PC Magazine .

A certain reviewer named Paul Thurrott used the word “exceptional” when describing the release and urged consumers to give Windows Millennium Edition a chance. Truly, it was Windows ME that introduced some innovations such as Hibernate mode, Automatic updates and System Restore. These are features that have now become very important for Windows since then.

Windows Millennium Edition was never going to be there for the long term. As earlier stated, the release aimed to buy time. A comprehensive code base re-engineering had already begun at this was launched. This birthed the Windows XP operating system released in October 2001. Windows XP still ranks as the greatest Windows version of all time.

From the foregoing, it is clear that Windows ME has a lot in common with both words, “Millennium” and “Mistake”. Despite its initial favourable reviews, the inevitable huge negative reviews soon flooded everywhere. Any ounce of goodness experienced by the consumers became forgotten as the poorly tested and rushed product left its mark.

The taste of the pudding, however, is in the eating. Therefore it is the consumers who will decide the fate of Windows ME whether it is Millennium Edition or Mistake Edition.

As we conclude this article, it would be great to know your thoughts, comments, suggestions and observations in the comment box below. 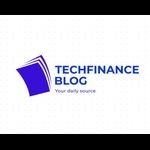 Join me and don’t forget to subscribe to my newsletter to avoid missing any new posts.

View all posts by TFB Manager →

Roku Not Connecting To WiFi – What To Do

2 thoughts on “Windows ME – Millennium Edition or Mistake Edition”

This site uses Akismet to reduce spam. Learn how your comment data is processed.